I was born in a small college town in Northern California, the youngest of ten children. I had a mother who suffered from histrionic personality disorder and an alcoholic father who suffered from severe post-traumatic stress disorder, having served in but not psychologically survived the Korean War. 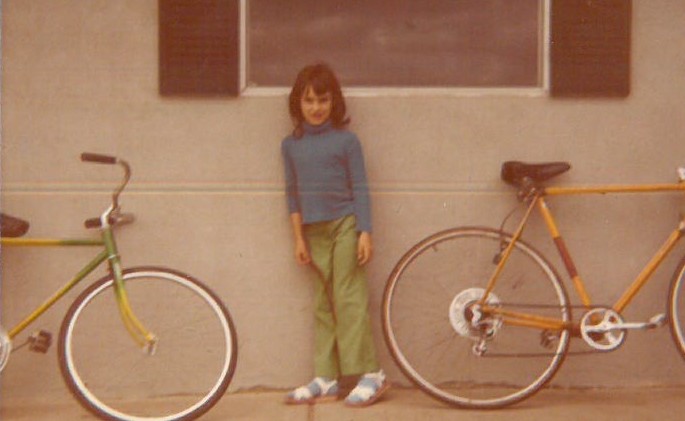 Quite a bit of chaos, trauma, neglect, and confusion permeated my home. I spent most of my time drawing, fantasizing, and trying to tag along with my older brothers. My brothers were attractive, charismatic, and extroverted. I saw them as the opposite of myself, and although I had a very large family, I was quite often isolated. I was incredibly lucky to be born with a resilience that would later lead me away from my family and into recovering my sense of self.

At the age of 13, I left my home and petitioned the state of California to take me into protective custody. This was an arduous process that took over a year. I went from being an introverted, shy child to speaking to others in a way that made them listen. This was clearly born out of necessity. At that time, I felt as though if I couldn’t speak in a way that made people listen to me, I wasn’t going to be able to acquire the practical things I needed: a home, school, job and so on.

Fuelled by a deep need to understand my parents’ illnesses, myself and others, I vigorously studied psychology throughout high school and college. Looking back, I now realize that this period of my life set the foundation for developing my abilities as an actress, and later as a public speaking coach. At the age of 21 I began studying acting and fell in love with voice and speech training. The process of developing a rich voice that resonated far beyond the back row of a packed theatre was fascinating to me.

Eventually, my love of acting faded and was replaced with a desire to teach and help others find the power in their own voices. I spent several years in teacher-training programs, and I continue to refine my pedagogy today.

Lisa Wentz is a public speaking expert, and author of the groundbreaking book Grace Under Pressure: A Masterclass in Public Speaking.  Lisa is best known for helping her clients quickly overcome internal blocks and transform into fearless, eloquent speakers. Considered one of the top coaches in the San Francisco Bay Area, Lisa has been featured on CNBC and in TIME Magazine, The Wall Street Journal, L.A. Daily Journal, INC among others. Lisa holds a master’s degree in Voice and Speech Pedagogy from the Royal Central School of Speech and Drama, University of London.

We are looking for Sponsors

Want exposure in our show? We’ll make you shine.

ALSO BROUGHT TO YOU ON THESE PODCAST PLATFORMS

Sign Up to our Newsletter and be notified whenever a new episode is released!